The Moon lamp has been commissioned by the Queen Elisabeth Music Chapel in 2012 to be part of the ’New Building’, a project of extension on the site of the Chapel through the construction of a new 2000m2 wing. Some of the first prototypes of the Moon have been auctioned to help the construction of the new wing of the Queen Elisabeth Music Chapel. The Moon lamp is composed of a big flat translucent disk framed by a simple metal ring. The disk and the ring can slightly move in the other. 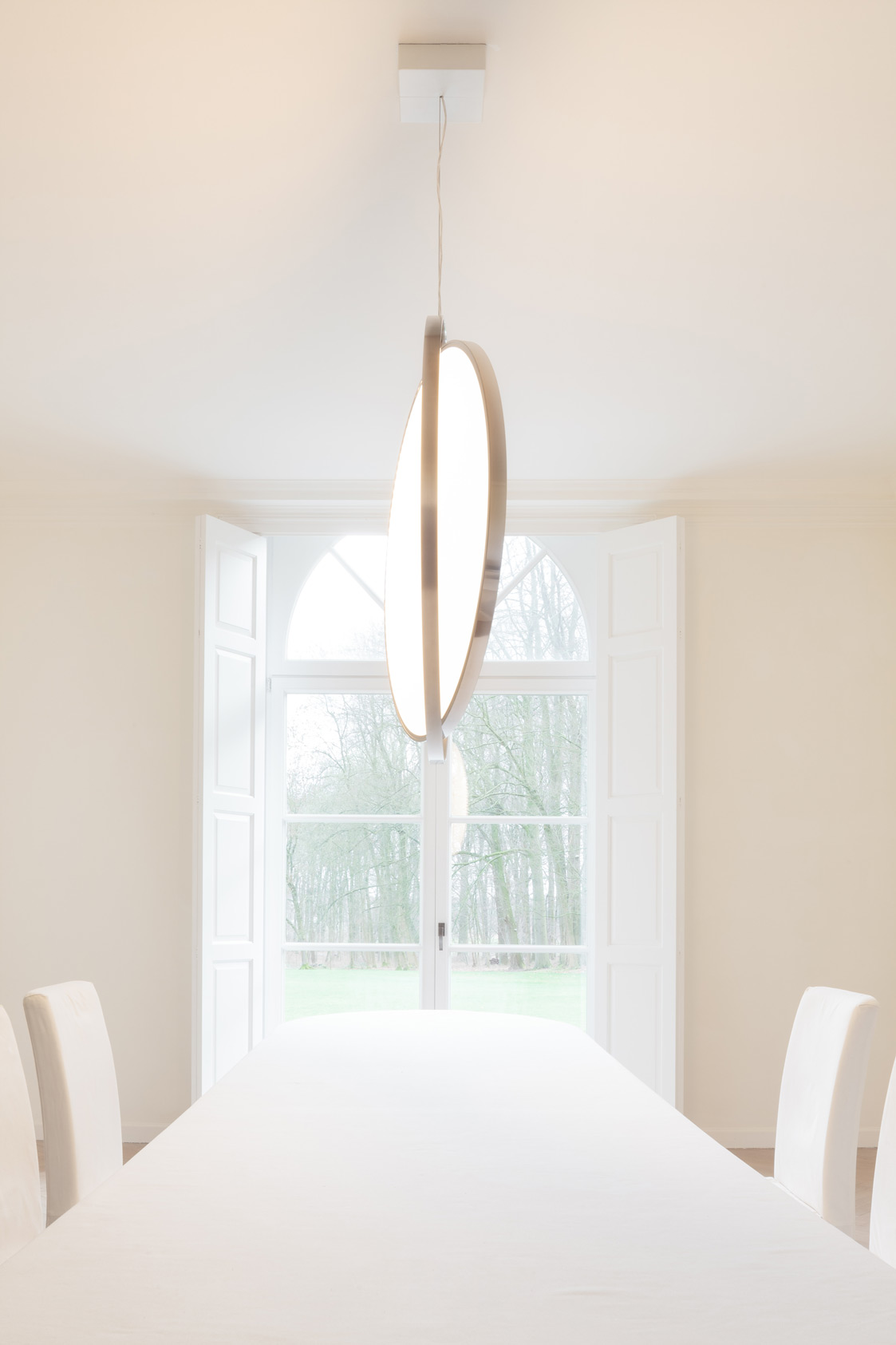 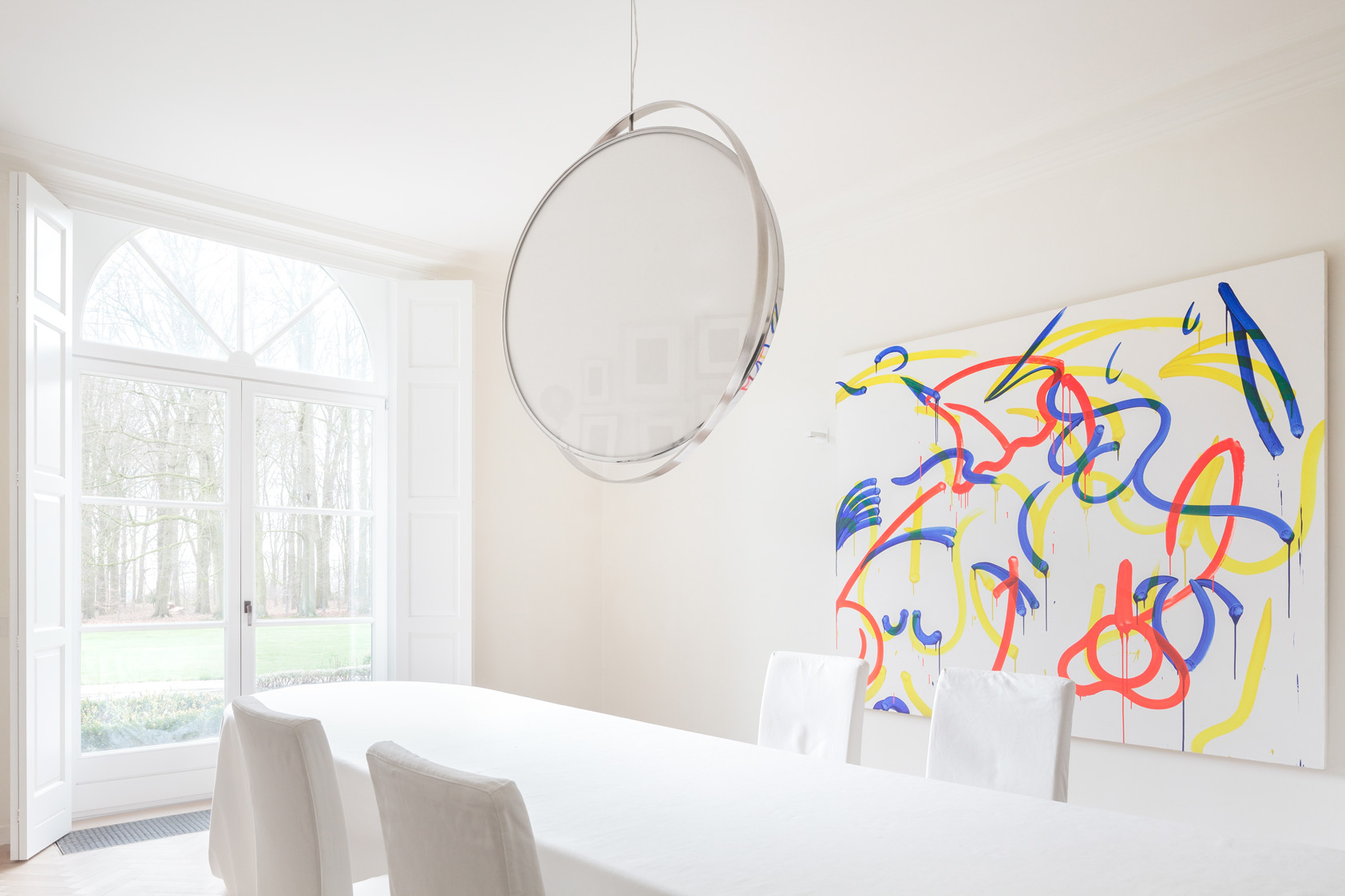 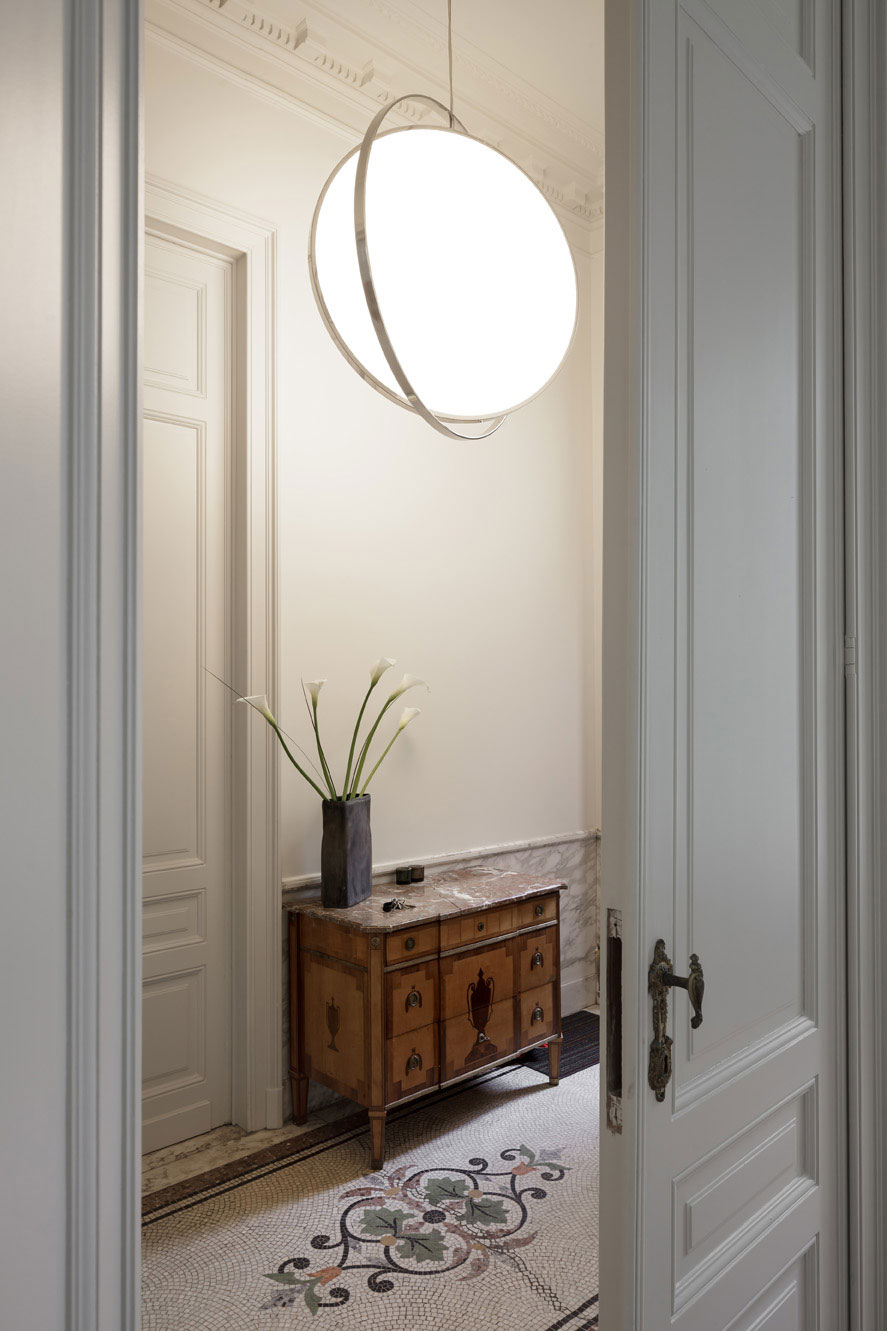 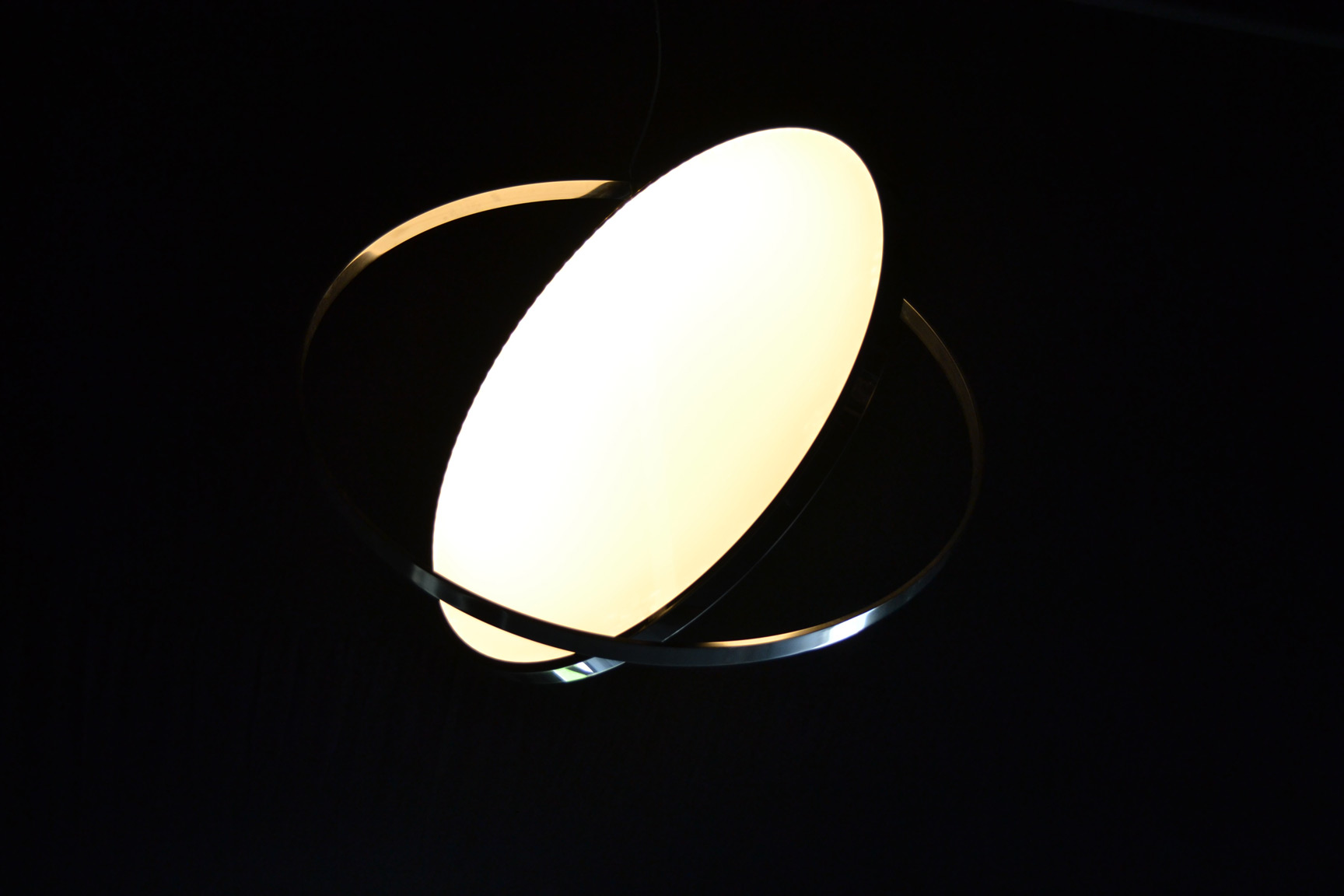